"Is there any scientific proof that stop smoking hypnosis works?" is a question I have often been asked. I’d imagine you might have asked this question, too. 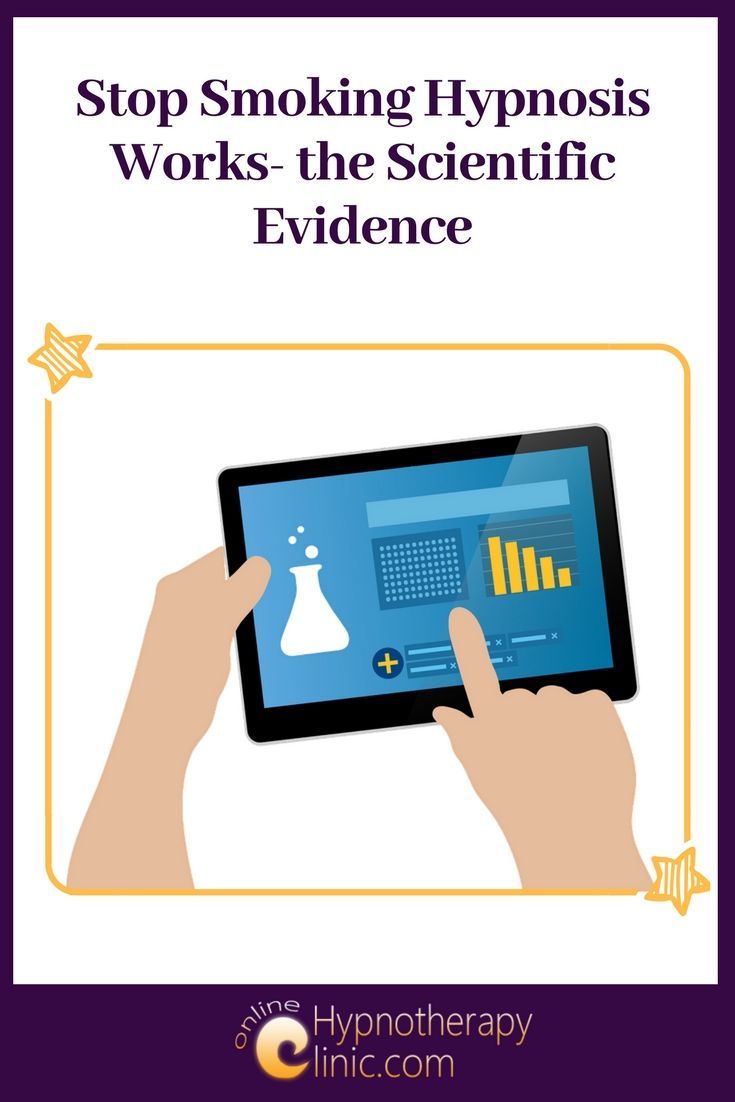 A lot of people quit smoking successfully and change their lives with hypnotherapy every year. Yet there are a lot of skeptical articles written on hypnotherapy to quit smoking, such as this example here in WebMD.

There is little research available on stop smoking hypnosis

Here comes the caveat. To start with, it has to be said that hypnosis as a whole may be one of the most under researched areas in psychology. There is very little research available on hypnosis in clinical practice, and very, very little on hypnosis to stop smoking.  Why is this so?

The main reason I believe this is so is simple. Research requires funding. And for funding to go into research there must be a will to invest. Why would there be a will to invest? Only, if you have a valuable, highly profitable product that can be mass produced, which can be marketed using the findings of that research you invest in.

In the case of smoking cessation this applies to medication and other replacement products. These are huge pharmaceutical markets. You’ve got big players like Pfizer, Glaxo Smith Kline, Takeda, Cipla, or Novartis with huge profit margins that allow investment in research. This article from 2015 identifies the size of the global nicotine replacement market as 2.4 billion Dollars.

Hypnotherapy to quit smoking, meanwhile, does not make for such a product. Think about it- who earns money practicing hypnosis? Only the individual practitioner.

And that’s in a nutshell why I believe the area of hypnosis to quit smoking is under researched.

While hypnosis for smoking is under researched, there is a lot of research available on nicotine replacement products. I want to devote a couple of paragraphs to that because I think it will help you to see the full picture.

While some studies on NRT show favourable quit rates, there are other studies that are critical of NRT:

Interestingly, these more critical studies cited here received a speedy rebuttal by a group of academics (Hughes et al, 2012). Reading through the rebuttal, the ‘declarations of interest’ at the end of the article stands out: two of the academics involved declared financial links to the NRT industry.

Why am I bringing this up?

The main points I want to bring across here are that:

My hope is that these two points I am making here will help you to critically examine research findings.

Having set the scene and given you a more complex backdrop to the existing research on stop smoking hypnosis, it’s now time to move on to some actual research findings.

Most existing research studies on hypnosis for smoking starting from as far back as the 1970ies have found quit rates of between 15% (comparable to other quit methods) and 87% (extremely high for any smoking cessation technique).

Here are some examples:

How does stop smoking hypnosis perform compared to other smoking cessation methods?

Viswesvaran and Schmidt (1992) compared quit rates across different cessation methods. Hypnosis program participants had quit rates of 36% compared to 16% quit rates with nicotine gum, and 18% with medication, and 7% with physician advice. The only category that scored higher than hypnosis were cardiac patients who had been told they must stop smoking, with a success rate of 42%.

Performance of both hypnosis and acupuncture in smoking cessation is similar , while aversion based treatments could not be confirmed to be effective.

Tahiri et al (2012) carried out a meta-analysis of 14 studies. 4 studies were on stop smoking hypnosis, 6 studies on acupuncture to stop smoking, and 4 on smoking cessation methods based on aversion. Both hypnotherapy to quit smoking and acupuncture performed well as quit methods while the effectiveness of aversion based treatments could not be confirmed. 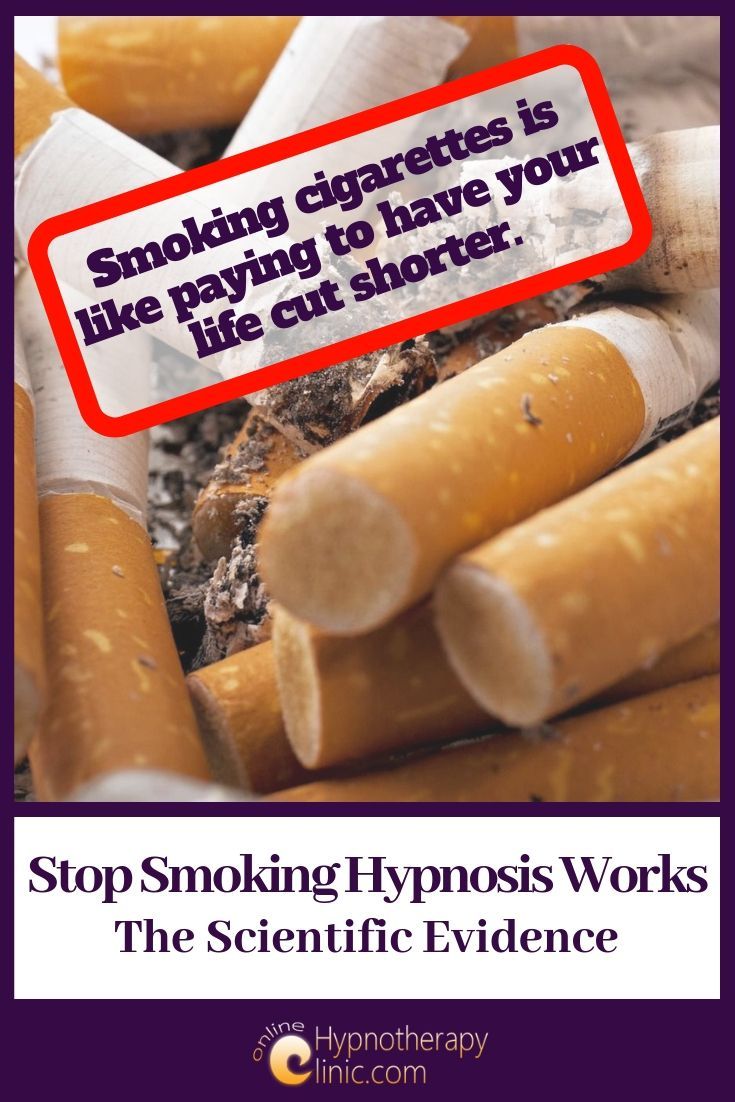 You can quit with stop smoking hypnosis.

Hypnosis compares favorably to a variety of other quit methods

In a review of 59 studies Green and Lynn (2000) found hypnosis to have quit rates comparable to a variety of non-hypnosis based treatments and classified hypnotherapy to quit smoking as a possibly efficacious” treatment for smoking.

I hope this overview of the available research findings on stop smoking hypnosis has helped you to see that hypnosis is a viable form of therapy, and is a far cry from being the 'mumbo-jumbo' it is often portrayed to be.

Is hypnosis just a bunch of mumbo jumbo, or is there is any science behind it at all?

Is Hypnosis the Right Quit Method for You?

Quit Smoking Hypnotist- 9 Things you Should Consider Before You Book
Read this if you want to be in a position to make informed choices about which quit smoking hypnotist to chose. Some of these tips are likely to surprise you.

Hypnosis for Smoking Programs- 10 Things You Should Know
What exactly is a program of hypnosis for smoking? Most people don't know. Find out what to look out for in a program and what to expect from your hypnosis sessions.

Quit Smoking by Hypnosis- 11 Tips to get the Best Out of Your Treatment
Clear up some common misconceptions and misunderstandings some people have around stop smoking hypnosis so that you won’t make the same mistakes and can be empowered to get the very best out of your treatment.

Self Hypnosis to Stop Smoking  - 13 Benefits You can Expect

Why use self-hypnosis over attending a quit smoking hypnotist? Find out the benefits of self hypnosis.

Self Hypnosis for Smoking- Your Questions Answered

What exactly is self hypnosis for smoking and what is involved? Your questions answered.

Want to Quit Smoking, but Concerns About Weight Gain are Holding You Back?

Quit Smoking Without Gaining Weight- Yes You Can

This article explains the connection between smoking cessation and weight gain, and guides you how to overcome the challenge of with ease.

You can learn more about smoking cessation and hypnosis in my other articles that I linked to above. Enjoy the read!

Mohamed & EIMWafie, 2014. Effect of hypnotherapy on smoking cessation among secondary school students. Journal of Nursing Education and Practice, Vol. 5, No. 2.