How Depression Presented and what Hypnotherapy did for Jason

Meet Jason - a client who came to me for hypnotherapy for depression.

Jason's story is meant to give you a good, realistic feel for the 'before and after' snapshots, so that you know what you can expect from hypnotherapy. 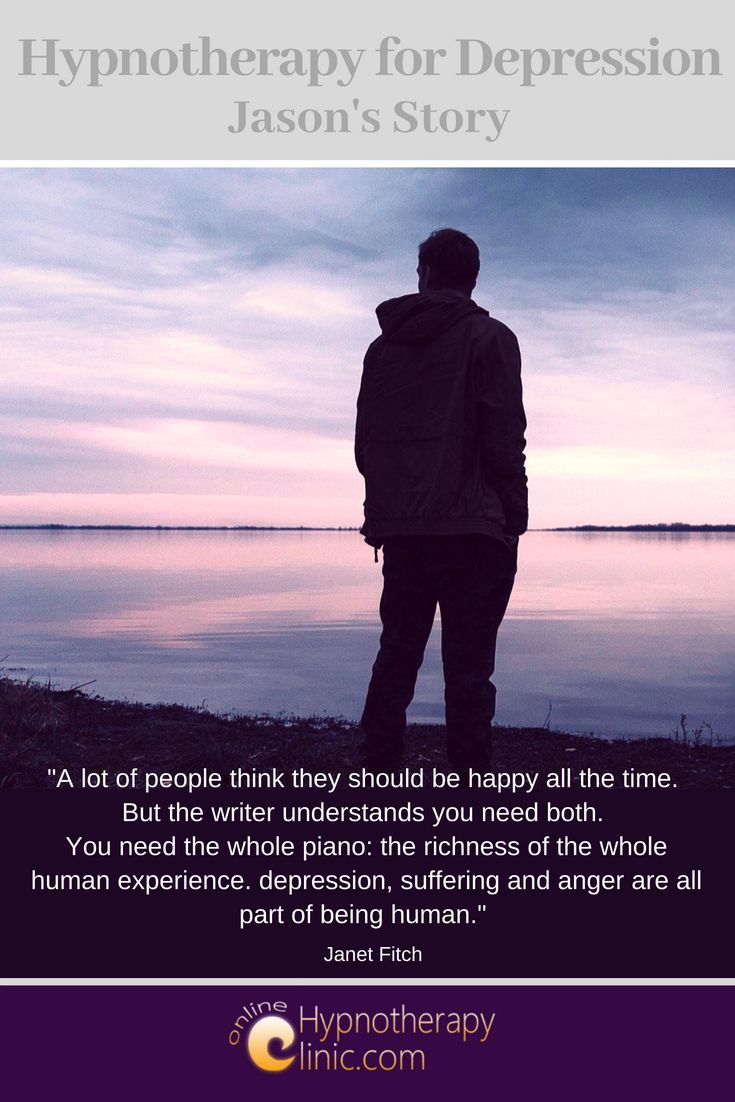 Jason's Life- Before he Attended Hypnotherapy for Depression

When I met Jason first, he was living on his own in a small, dark and cramped apartment in a block surrounded by industrial buildings.

He was single, in fact, at the age of 35 he had only ever had one relationship that lasted for two years.
Jason said he had been depressed from his mid-twenties on. He had managed to hold down a factory job all these years. He liked the routine- but also found the job mind-numbingly boring.

He kept away from the social club at work because, he said, he didn't feel he had much in common with most people there who were all married with kids.

At weekends, Jason would go out to the pub where he would meet a couple of guys he knew from school- they'd watch sports and talk about superficial things. He'd have six or seven pints a night and would wake up feeling bad about himself the next day.

His doctor had prescribed medication for depression some years back, and Jason took the tablets for a couple of years. In the end he discontinued them because he didn't like the side effects.

What moved Jason in the end to come for hypnotherapy for depression was a date that went wrong when the young woman told him straight up that she thought he was a nice guy, but she also thought he might be depressed and that she couldn't take that on.

He thought about this for a few weeks, blaming himself for how he was, and for how he was feeling. In the end he figured that if he ever wanted his life to improve he needed to do do something about it, although he found this step very difficult to take. Not only did Jason feel very lonely, isolated, sad and down in himself- even worse he felt so ashamed for feeling this way. Jason felt like he was the only one in the world who harbored these feelings. 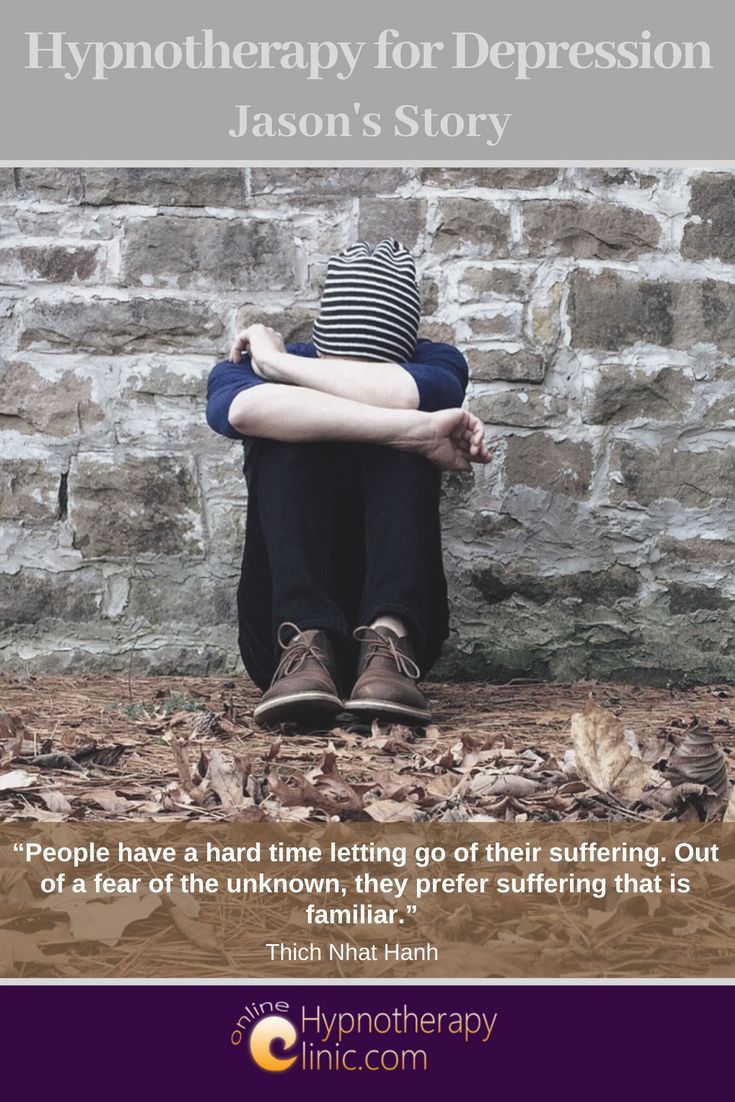 Hypnotherapy for depression can help you access and resolve subconsciously held trauma.

My Approach to Hypnotherapy for Depression

Naturally, the first thing I did was reassure him that this was not so, not by any means. I am well aware that there are so many out there, both men and women, who suffer from depression. More often than not, their path towards depression was set in childhood- and often, in therapy, traumatic childhood stories will emerge that had been long forgotten.

Hypnotherapy for depression, of course is all about resolving these traumatic imprints in a very safe, effective, speedy and contained way. Therefore, I asked Jason if any particular events from his childhood stood out in his memory that he thought may be connected to feeling depressed.

His family life, he reported, had been 'normal'. He didn't exactly see his family much- but, he said, this was mostly because he felt like such a failure in comparison to his siblings that he was compelled to withdraw.

The only thing he could think of he said, was school. He didn't do well in school and- from an early age, performed well below class level. He judged himself harshly for this, labeling himself as a 'failure', describing low achievement in school as a 'problem' he had, and saying there was 'something wrong with him'.

This grabbed my attention straightaway.  I had a hunch there may be more here than what Jason's conscious mind could recall. I have often heard stories from clients about traumatic experiences in the education system. These can have a particularly destructive impact when they happen at a tender age- below the age of seven, when the subconscious mind is still wide open for programming.

I figured then, that Jason would benefit from revisiting any incidents in the distant past that had an impact in shaping his current depression. Because Jason was not on any medication, not self harming and not suicidal, my judgement was that we could use regression hypnosis  and hypnosis for permanent and rapid change from the start and give him a maintenance suggestion hypnosis session to work with at home. I discussed this with him and he agreed.

Jason had a total of three  sessions with me, combined with some coaching to teach him self help skills he could use at home. After those three sessions he left therapy, much relieved. 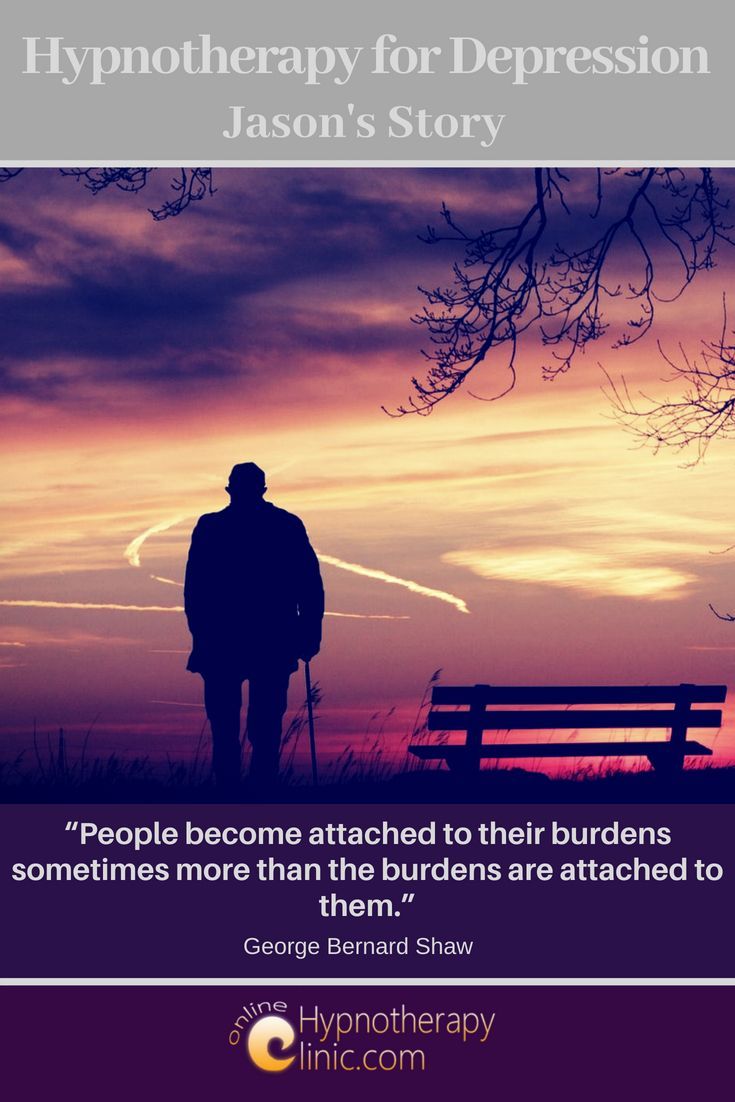 Hypnotherapy for depression facilitates direct access to the subconscious so that you can release old patterns.

What Hypnotherapy for Depression Did for Jason

Jason contacted me again the following year, this time for anxiety hypnosis. He had been so depressed that he did not realize at the time he was also anxious, he said.

This progressive nature of healing is something I see all the time. I often compare the healing process to peeling layers off an onion. You peel off one layer at a time. Now, Jason was ready to peel off the next layer. By now, however, his life had changed remarkably as a result of the first layer being removed:

Overall, Jason's life had improved drastically, all within the space of a year. This shows you what can be done with hypnotherapy for depression.

More on Depression and Healing it With Hypnotherapy

Regards and best wishes on your journey,

If you are new to hypnosis and know little, you may also find the following articles helpful:

My article "What Is Hypnosis?" give s a simple explanation for what the state of hypnosis is and what it does.

"How Does Hypnotherapy Work?" gives an overview over the main therapeutic techniques used in hypnotherapy so that you will know exactly what to expect.

"How Hypnosis Can Help" gives a great introductory overview about the top ten issues hypnotherapy is used to help people with.

16 Hypnosis Myths Busted- gives you a very clear picture of the most common misconceptions around hypnosis- what it is and what it is not. I consider this essential education for hypnosis clients!